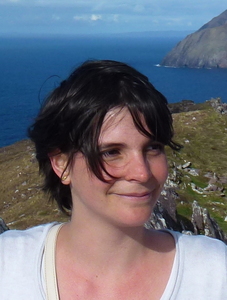 Theories of motor control in neuroscience usually focus on the role of the nervous system in the coordination of movement. However, the literature in sports science as well as in embodied robotics suggests that improvements in motor performance can be achieved through an improvement of the body mechanical properties themselves, rather than only the control. I therefore developed the thesis that efficient motor coordination in animals and humans relies on the adjustment of the body mechanical properties to the task at hand, by the postural system.

I will present my doctoral work, which has led me to develop the following thesis: in humans, improvements in motor coordination rely on the nervous system adjusting the body mechanical properties to the task at hand through postural adjustments. This work combines a modelling, a theoretical, and an experimental approach. In the first part, I present a model which highlights the role of ankle stiffness for standing still despite neural response delays. In the second part, I present a novel theory of postural adjustments for the initiation of movement. According to this theory, during skilful movement initiation, postural adjustments initially accelerate the centre of mass to increase torque for the movement. Finally, I present experimental results which show that, when given enough time, elderly humans are able to adjust the position of their centre of mass to the task at hand. This postural adjustment is however slower in elderly fallers compared to elderly non-fallers. This suggests that motor coordination relies on the rapid adjustment of the body mechanical properties to changing task requirements.