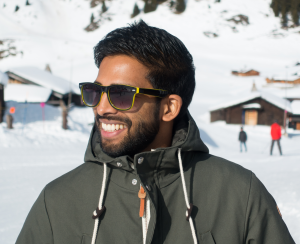 Anguilliform swimming is a locomotor mode that has been preserved for millions of years and is used by many different animals such as eels, lampreys, salamanders or leeches. Aside from highly energy efficient locomotion characteristics, studying the nervous system of anguilliform swimmers has shed light on many aspects of neural control in the past, e.g. on the neural structure of C. elegans. In addition, these studies have helped to reveal mechanisms in the spinal cord (nerve cord in invertebrates) responsible for locomotion. In this context researchers have for instance discovered so-called Central Pattern Generators (CPGs), which represent distributed neural networks that spontaneously produce rhythmic activity. Besides these open-loop pattern generators the role of corresponding local feedback mechanisms has been studied much less. While it is hard to analyze and understand such feedback loops in living animals, due to the highly interconnected nature of the sensorimotor apparatus, comprehensive models offer a great way to identify key mechanisms and their contribution in locomotion control.

In this talk, I will present our recent modelling work on local feedback based anguilliform swimming. By using distributed force feedback and phase oscillators in a simulated viscoelastic body and a hydrodynamic environment, we were able to discover new travelling wave generation mechanisms in elongated swimmers. These results highlight the importance of neural feedback mechanisms and open a new venue for decentralized control of anguilliform swimming robots.

Biography: Dr. Robin Thandiackal received his PhD from EPFL in May 2017, Switzerland while conducting research at the Biorobotics Laboratory under supervision of Prof. Auke Ijspeert.